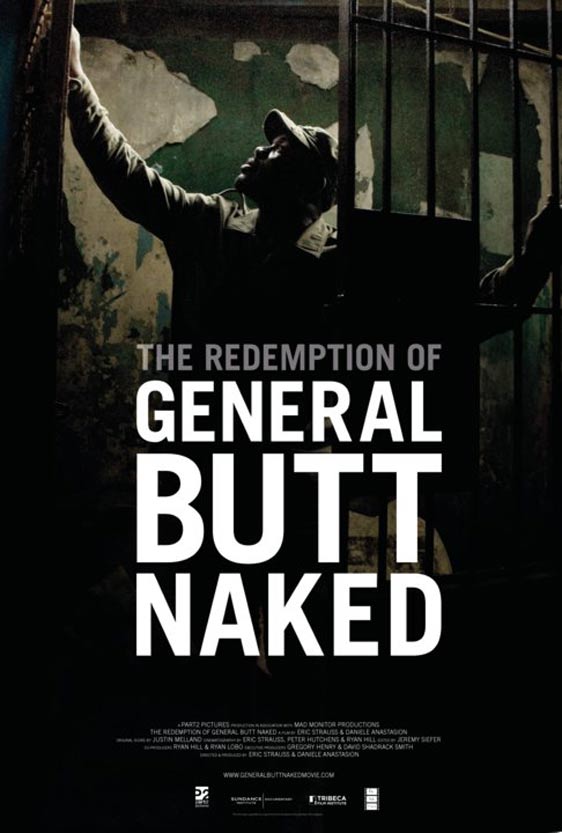 So I don’t do a ton of movie reviews on this blog, but once in a while I feel compelled to share a movie with you. I recently saw “The Redemption of General Butt Naked” at the Atlantic Film Fest and I have to admit that it was the best documentaries that I have seen in a long time. It was also one of those movies that you really want to sit down and talk about after you walk out.

The film takes place during and after the Liberian civil war and tells the story of a brutal warlord (General Butt Naked) also named Joshua Milton Blahyi. At the beginning of the movie we get to know General Butt Naked as he then was: a mass murderer. However, the bulk of the film focuses on his subsequent conversion to Christianity. In fact, not only does he become a Christian but he actually becomes a Pastor. He feels redeemed by his newfound faith and decides to face his past by confronting his victims and asking for their forgiveness. He also sets up a sort of rehabilitation camp for the child soldiers who worked under him and killed people during the war under his command.

As a lawyer and an international affairs junkie the movie appealed to me on so many levels: so many issues of faith, justice, forgiveness and post-conflict national reconciliation were brought out. At one very powerful point in the movie, we see Blahyi on the stand in front of the Liberian Truth and Reconciliation Commission. When asked how many deaths he is responsible for, Blahyi bows his head in shame and says “20,000”. The Christian part of me was amazed and inspired by how this man could do a total 180 and have the courage to seek forgiveness from his victims. The lawyer in me who craves for justice found it so upsetting for him to have ruined so many lives and expect to receive forgiveness. Finally, the international affairs junkie in me was watching the the process of truth and reconciliation unfolding and was fascinated by what I saw. Choosing reconciliation after such a terrible tragedy is often the only choice that these people have if they do not want to spiral into deeper conflict – but it doesn’t make the choice any easier.

I encourage you to see the movie. You may find it uncomfortable and unsettling at times, but I really think that these issues are worth thinking about. If you’ve seen the movie and have any thoughts, please do share – I’d love to engage!

Posted in Faith, Food for thought