Category Archives: Picture of the week

Picture of the Week: Madeleine at 3 months

Posted in Photography, Picture of the week, Uncategorized

Peru from the perspective of my iPhone 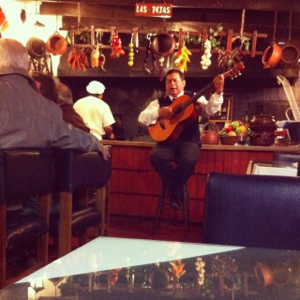 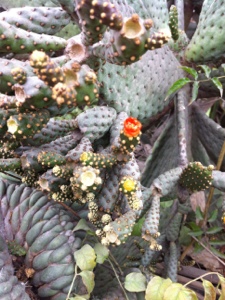 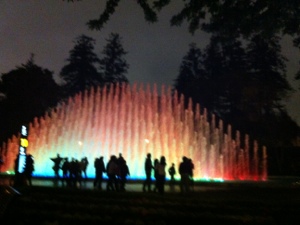 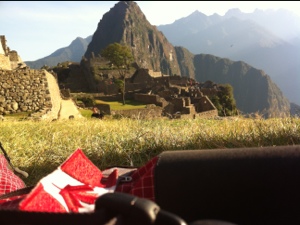 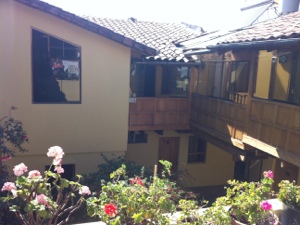 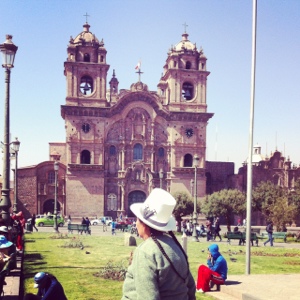 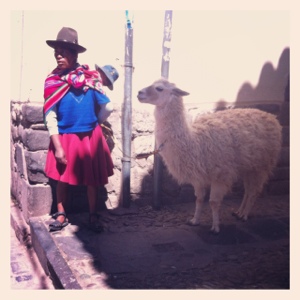 Posted in Food for eating, Photography, Picture of the week, Travel

Picture of the week – Back from a Hiatus

I’m not gonna beat around the bush. It’s been a long time and I didn’t really do it on purpose. I hope you’re still there (leave a comment to tell me you are!). I have been away from my home and a little out of my element for the last four months, but I am happy to happy to be back home and back to B&B!

Today’s picture is one I shot from the car when J and I were driving back into Nova Scotia – you can see these windmills as soon as you cross the border from New Brunswick. Once we saw them, we knew we were almost home. More on that soon!

Posted in Food for thought, Photography, Picture of the week

Picture of the week: Spring has Sprung

I took this picture last week while out for a run. A few days later I passed by the same plant again and noticed that someone had chopped off all the branches! I guess they didn’t find it as pretty as I did!

Posted in Picture of the week

I haven’t been terribly good at keeping up with my “picture of the week”, so I thought that for this week I would share a whole bunch of pictures with you to make up for it. Here are a few shots of the last few weeks…visiting Peggy’s Cove before it got too cold, baked oatmeal dish, my birthday salad made by my wonderful husband, baking cookies with mom and dad over Christmas in Toronto as well as a couple of others.

Also, since it is January and lots of us are making new year’s resolutions (many of which may have to do with finances), I thought I would tell you about a book I recently read that you might like.  Its called the “Smart Cookies Guide to Making More Dough and Getting out of Debt”.  The idea of the book is premised around these five women called the “Smart Cookies” who got together and formed a “money group” to help keep themselves accountable financially.  The authors suggest that you form your own money group and read the book as you would in a book club.  It discusses all sorts of different money related topics and is written especially for women.  I personally read it on my own and learned a lot and found it really helpful. I imagine you would get even more out of it if you formed a group, but I definitely wouldn’t forego reading it just because you don’t have one.  One more tip: they have a Canadian and an American version of the book, so if you are going to order it, make sure you get the right version.

Posted in Food for eating, Food for thought, Inspiration, Photography, Picture of the week, the B&B book club

Picture of the Week – The Fruits (er, veggies) of my Labour

A little while ago I told you about my tomato plant.  Update: we have tomatoes and I’m thrilled!

Posted in Food for eating, Inspiration, Photography, Picture of the week

Picture of the Week: Fall is upon us!

Happy Monday dear readers! This week I dug out one of my favorite fall shots taken a few years ago in the Byward Market in Ottawa.  I’ve really been enjoying this season over the past couple of years and though I haven’t been out to take many fall pictures this year, I thought that this one captured the beauty of the season.

What are you up to this week? I think that one of my favorite things about this time of year is that by now most of us have settled in nicely into our daily routines.  I am continuously amazed by how uneasy I am with lack of routine.  It brings me comfort to now have a regular daily and weekly pattern to follow.  Halifax is starting to become more and more of a home for us as we get to know the city and the surroundings  a bit better. We’ve also been blessed to have met some wonderful people here which has also made this place more homey for us.

Hope you all have a great day – and just so you know, this week on B&B I’ll be reviewing an album by an artist I was recently introduced to named Duane Forrest.  He is my favorite type of artist: a musician with a mission. More on that later!

Posted in Inspiration, Photography, Picture of the week, Travel

Picture of the week – New Life

How wonderful is it to celebrate the beginning of a new life? This week’s picture is a celebration of new life from within my own family. My sister recently gave birth to a sweet and precious baby named Nathan Joseph, who I got to meet this week while home in Toronto for Thanksgiving. Welcome to the world baby boy!

Posted in Picture of the week 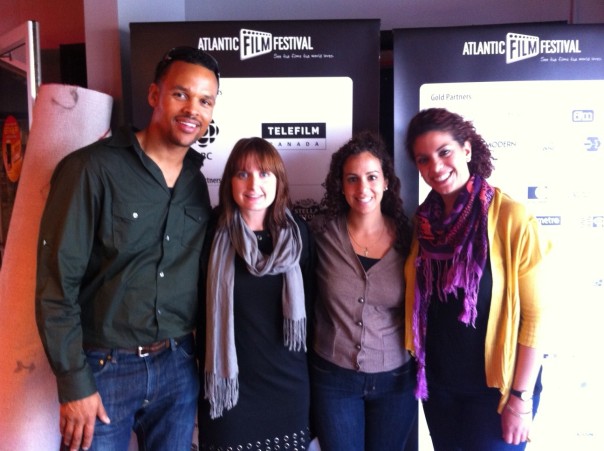 This week’s photo was shot at Colour Me‘s premiere at the Atlantic Film Festival in Halifax.  I did a post with my own personal review of this film a few months ago, and just as a side note for you Montreal readers, the film will be screening in Montreal TONIGHT!  Anyhow, my friend and the producer of the film, Sherien Barsoum was in town for the screening and I got to accompany her and her publicist Meghan as well as the film’s subject, Anthony McLean to a few screenings and even a little industry party! I’ve got lots of thoughts to share about the films that we checked out and also have  few restaurant reviews to post. Stay tuned for those this week!

Posted in Culture, Photography, Picture of the week

Picture of the Week – Lobster Traps in Cape Breton

This is one of my favorite shots taken on our trip to Cape Breton.   These lobster traps were all over the place in the tiny fishing villages that we drove through.  As a born and bred city girl, I had never seen these before and though I am really not a lobster eater, I liked what they added to the landscape.  I think that the locals thought I was kind of silly for taking so many pictures of lobster traps, but they were new to me and they caught my eye so I thought you might like them too.  Happy Friday!

Posted in Inspiration, Photography, Picture of the week, Travel